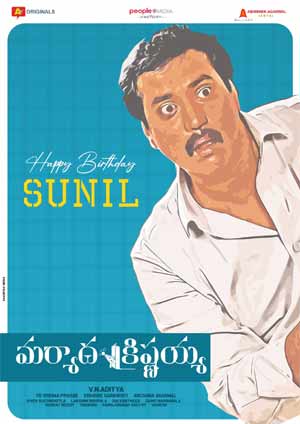 It’s been earlier reported that star comedian turned hero Sunil will be seen in a lead role in an upcoming comedy entertainer being directed by noted director VN Aditya. The makers today unveiled the first look poster and the title.

The film is interestingly titled Maryada Krishnayya. Sunil plays a thief in the movie, which is being jointly produced by TG Vishwa Prasad, Vivek Kuchibotla, Archana Agarwal and Kishore Garikapati under People Media Factory, Abhishek Agarwal Arts and A TV Originals banners. More details about the film’s cast and crew will be out soon.