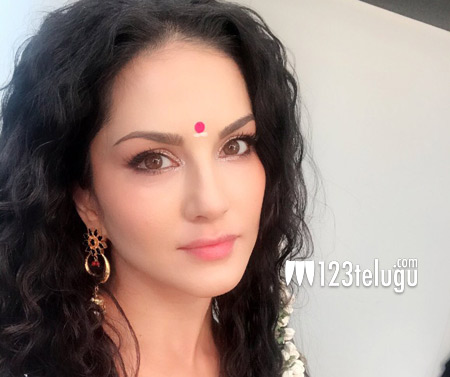 Sunny Leone’s popularity among movie goers has grown from strength to strength over the years. While some of her films haven’t worked at the box-office, there’s little doubt that she’s one of the most glamorous and hottest actresses in showbiz today.

No wonder, she’s one of the most sought after actresses when it comes to item numbers. While she has appeared in films like Current Theega in the past, Sunny has largely focused on her career in Bollywood; however, she says that she loves working in South Indian films.

Sunny will soon be seen in a special song in Praveen Sattaru’s Garuda Vega 126.18M, starring Rajasekhar. “I love working in South films. Everyone is nice and professional to work with. I loved the concept of the song when Praveen narrated me the concept. It’s easy to groove to and I still keep humming the lines,” Sunny Leone said.