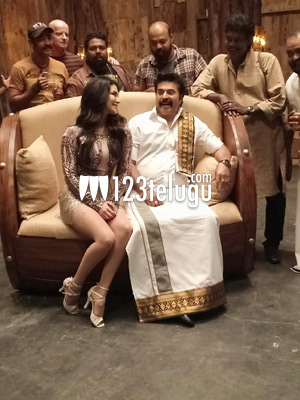 Mammootty is a superstar in his own right and has a great fan following. He is doing some of the craziest films in Malayalam and now he is busy filming his new project Madhuraraj.

The film has a special number and none other than Sunny Leone is shaking a leg in this song. Mammootty plays a controversial role in this film and seen here is Sunny in a scene from one of the songs.

The makers are spending a lot of money on this project which is the sequel of the Mammootty’s hit film Pokkiri Raja.