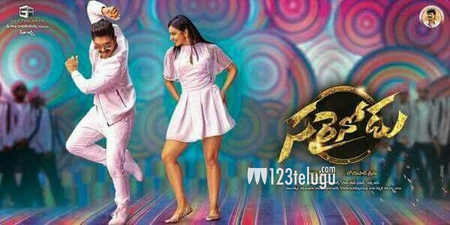 With just a day left for the release of Allu Arjun’s Sarrainodu, the promotions are on full swing. The film’s main lead, Bunny is currently in Bangalore and met the press a short while earlier for the promotions.

Reports suggest that there was a huge turnout at the press event and the buzz for the film in the state is superb. The film will also be released in a good number of screens all over the state keeping Bunny’s popularity in mind.

Directed by Boyapati Sreenu, Sarrainodu has Rakul Preet as the female lead and Catherine Tresa is playing an important role.