Superstar Krishna appreciates Brahmotsavam
Published on May 21, 2016 10:14 am IST 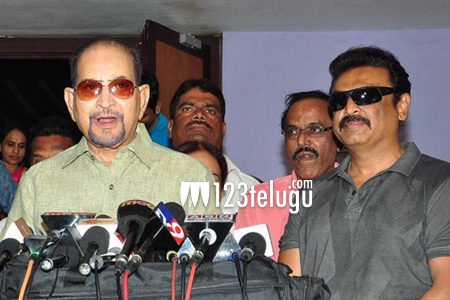 Mahesh Babu’s latest film Brahmotsavam released amid humongous buzz yesterday. The film has managed to impress those who love family entertainers. Yesterday, Mahesh’s father Superstar Krishna watched a special premiere show of the film along with his wife Vijaya Nirmala and had several nice things to say about the film and his son.

Appreciating the film’s rich production values, Krishna said that each frame of Brahmotsavam was shot exquisitely and lauded the makers PVP Cinema’s efforts in bringing out a wholesome family drama that is devoid of crime and violence.

Krishna also thanked the film’s DOP for showcasing Mahesh at his handsome best and congratulated director Sreekanth Addala for helming a successful film. Krishna concluded saying that he liked the film immensely.