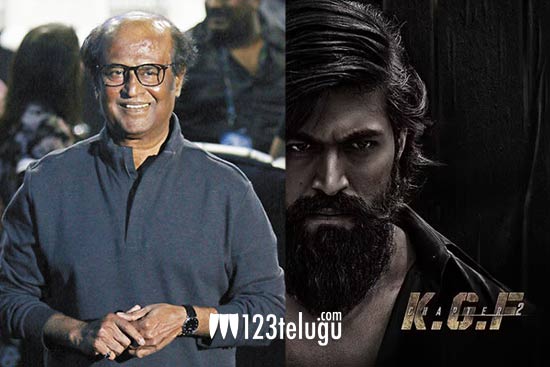 KGF 2 has created a sensation of sorts all over the country and the manner in which it is making money has shocked one and all.

Now, none other than superstar Rajinikanth has watched the special show of KGF 2 in Chennai and was stunned by the making and mass elements in the film.

The news is that he called the makers and congratulated them on their success. The news is that Rajini was impressed with Prashanth Neel’s taking that he wanted to meet the director personally and wish him.