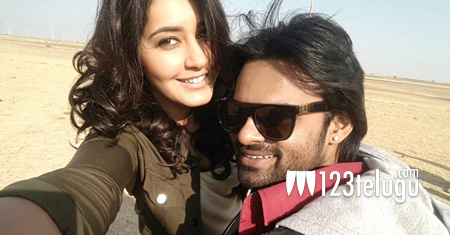 We have already reported that Sai Dharam Tej’s Supreme unit is currently on a busy schedule in Rajasthan. The movie’s shoot is progressing briskly and the latest update from the unit reveals that a song on Dharam Tej and Rashi will be shot from tomorrow. They have also revealed that a major fight sequence has been wrapped up today.