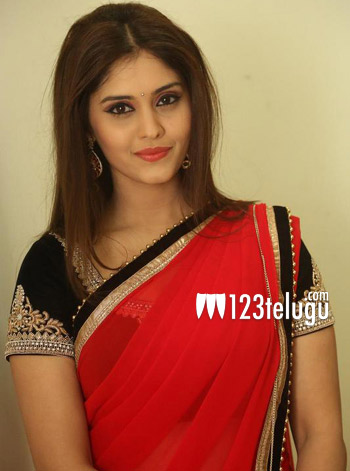 Young heroine Surabhi, is all set to sizzle in Express Raja after a quite debut in Beeruva and a small cameo appearance in Raghuvaran BTech.

The movie, described as an all rounder with comedy, romance and action, has high expectations attached to it. Surabhi is playing the role of a free-spirited girl called Amulya who is extremely attached to her pet dog.

“There are several comedians in the film, and their comic timing looks razor sharp. In most of the scenes, I just had to react to them, so matching up with them was challenging but I did it,” said Surabhi.