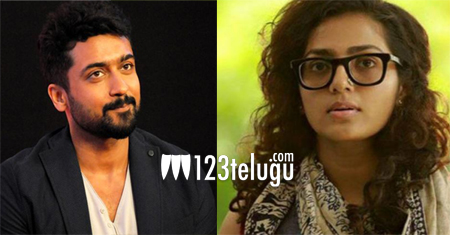 Malayalam films have been making news for all the right reasons and the latest film to hog the limelight is Parvathy starrer Take Off. The film which released few days ago opened to rave reviews and everyone praised Parvathy’s performance.

Among the big guns who praised the film, Suriya took his fans by surprise when he took to Twitter saying, “Loved watching #takeoff brilliance everywhere! Hats off @mahi27012 @twitfahadh #Parvathy.”

Directed by Mahesh Narayanan, the film narrates the story of a young woman, played by Parvathy, who gets caught up in the civil war in Iraq in 2014.