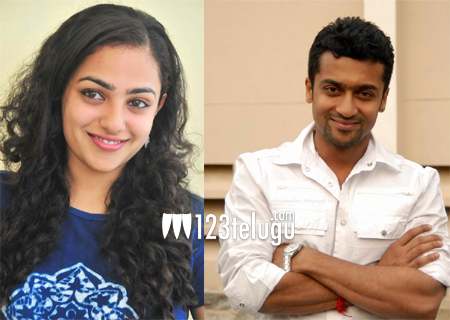 The audio of Suriya’s ambitious project, 24 was launched yesterday on a grand scale in Hyderabad. Speaking at the launch, Suriya praised the film’s female lead Nithya Menen to huge heights.

Suriya said that Nithya is an amazing actress and just needs 20 seconds to prepare for any difficult scene given to her. Adding further, he said that he is in awe of her all around capabilities and would love to work with her in the future as well.

Directed by Vikram Kumar, 24 has Suriya in a triple role and Samantha plays the other female lead.