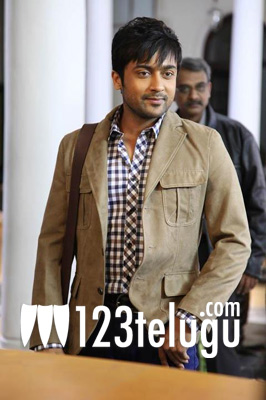 KV Anand is known for his penchant to try something exciting and unusual in almost all his films so far. Earlier he presented Suriya as a smuggler in Veedokkade (Ayan) and then cast Jiiva as a photo journalist. For the first time in his career, Suriya is all set to play conjoined twins in K V Anand’s upcoming film Duplicate. The film’s Tamil version has been named as Maatran. Most part of the film was shot in Chennai, Hyderabad and several virgin locations in Eastern Europe. There’s also a buzz that K V Anand has opted for performance capture technology for some scenes featuring Suriya. Kajal is playing the lead role in this high voltage action entertainer. Harris Jayaraj is composing the music. The film is currently in post production stage and it’ll hit the screens later this year. Bellamkonda Suresh is distributing the film in Andhra Pradesh.