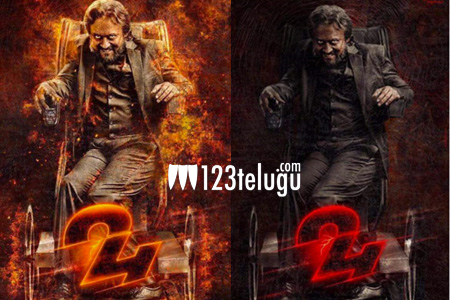 Tamil star Suriya, who enjoys a good fan following in the Telugu states as well, is gearing up for the release of his sci-fi thriller ’24’ on the 6th of May. The movie has been directed by Vikram Kumar and there are good expectations on the project.

However, the trailers and posters have given the impression that it is a film that revolves around time travel etc, which are very complicated subjects. So rumours have been floating around that 24 is a film that will have limited appeal to multiplex crowds and that the film is too difficult to understand.

Suriya refuted those rumours during media interactions today. He said the story of 24 has been narrated in a most simple and easy to understand way. He requested viewers to trust him on this issue and not believe in rumours.

The movie is being released in a big way across Andhra Pradesh, Telangana and Tamil Nadu simultaneously. Samantha and Nithya Menen are the heroines in this movie.