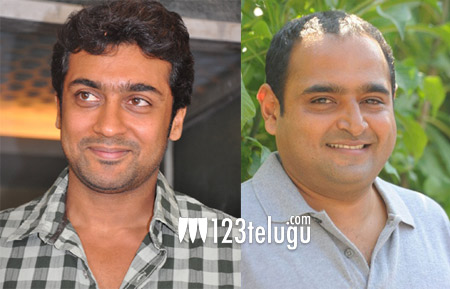 We have already informed that Suriya will be acting under the direction of Vikram Kumar of Manam fame. The latest news is that this movie will be a home production from Suriya himself.

Vikram Kumar has made an impact in Tollywood with back to back hits Ishq and Manam. It was also rumoured that he will be directing Akhil’s debut film post the success of Manam, but his next project was confirmed with Suriya.

Suriya is currently busy with the promotion of Sikandar, titled Anjaan in Tamil. Samantha is playing the female lead in this film which is set to hit the screens on August 14th. .