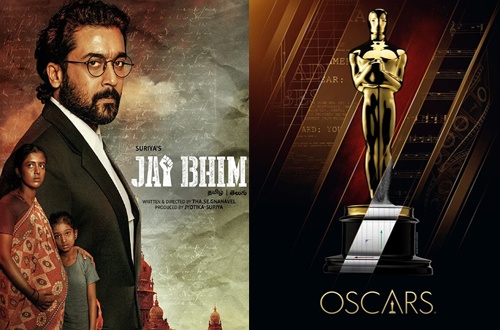 Now, Jai Bhim, directed by TJ Gnanavel, has gone places. A scene from the movie along with the director’s narrative has been featured on the official YouTube channel of Oscars.

The makers of the movie and Suriya fans are feeling proud of this rare feat as no other Tamil film has ever featured in the Academy’s official channel.

To recall, the movie had officially entered the Golden Globes 2022 as a nomination under the category of ‘Best Non-English Language Film. Jai Bhim also became the highest-user-rated Indian movie on IMDb surpassing The Shawshank Redemption and The Godfather’s ratings.