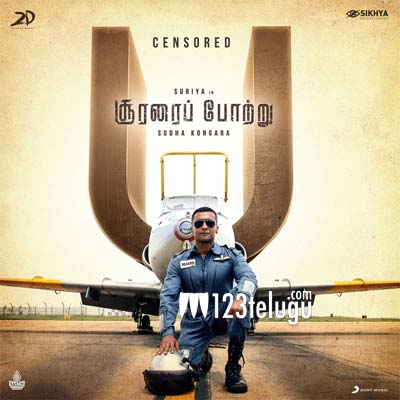 Tamil star Suriya’s new film, Soorarai Pottru which was supposed to hit the screens in the month of April bit it was postponed due Corona lockdown. Directed by Sudha Kongara, the film is based on Air Deccan Captain Gopinath.

Meanwhile, the latest news is that the film completed censor formalities today and passed with a clean U certificate. Soorarai Pottru is expected to have a theatrical release soon after the theatres are reopened.

Suriya himself has produced the film in association with Bollywood producer Guneet Monga. The film will have a simultaneous release in Telugu as Aakaasam Neen Haddhura.