Sushant talked about his wedding in his last call to father
Published on Jun 26, 2020 8:00 am IST 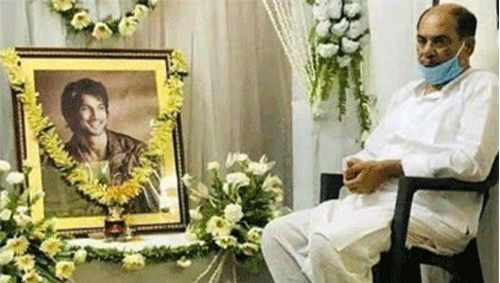 KK Singh, father or Bollywood star Sushant Singh Rajput, is heartbroken over his son’s sudden and shocking demise. A photograph of the wailing father sitting next to his son’s photo frame during his prayer meeting is leaving everyone’s eyes moist.

KK Singh also said that he didn’t know much about his son’s rumored girlfriend Rhea Chakraborty.