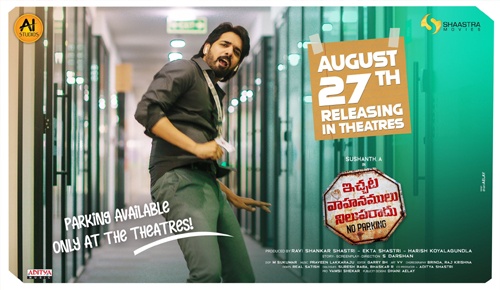 The makers of hero Sushanth’s upcoming action entertainer, Ichata Vahanamulu Niluparadu, have just announced that the film will be hitting screens on August 27th. The film’s promotions will pick up in the coming days.

Ichata Vahanamulu Niluparadu marks young Bollywood actress Meenakshi Chaudhary’s Tollywood debut. The film is being directed by debutant S Darshan and its story is inspired by real incidents. The film is touted as an atypical thriller with a novel concept.