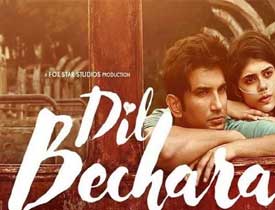 Bollywood star Sushant Singh Rajput’s swansong, Dil Bechara, had its world digital premiere on Disney Plus Hotstar on July 24. Fans who were heartbroken with the actor’s tragic death gave the film a thumping response.

Apart from Dil Bechara, two other movies, Lootcase and Sadak 2, will also be releasing across Australia on October 8th and October 22nd respectively.