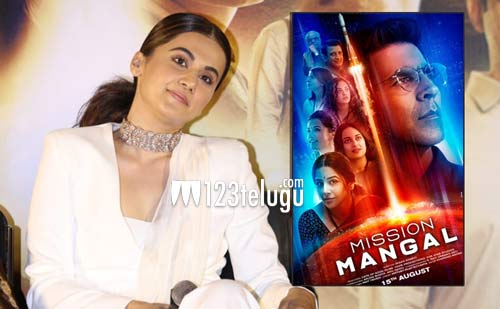 Mission Mangal is a Hindi film which has managed to create a good impression post its trailer launch. But the film has landed in a controversy when netizens started trolling the makers that Akshay Kumar was being given more spotlight in the film and its posters.

When asked about the same to Taapsee during the promotions, she said that she agrees with the fact that women in the film should get more exposure but also supported the fact that Akshay is undoubtedly the crowd puller of the film who will bring in the numbers at the box office.