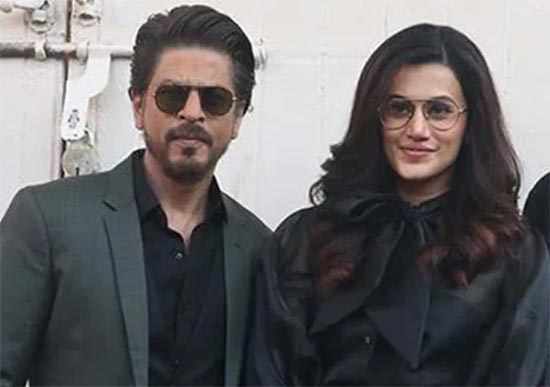 Taapsee has come a long way in her career. From doing films down south to now getting a chance to act opposite Shah Rukh Khan, Taapsee has seen it all.

Taapsee will romance SRK in Raju Hirani’s Dunki and when asked about the opportunity, she says “When you end up getting the opportunity to work with Shah Rukh, it becomes the golden opportunity. And combined with the fact that it is going to be directed by Rajkumar Hirani, whose films are classics, it doesn’t get better.”

Taapsee is mostly doing female-oriented scripts and now that she has got a biggie, we need to see what kind of a role will she be seen in.