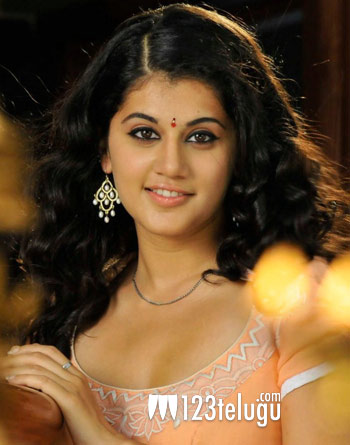 It’s been a mixed bag for Taapsee so far, but she has quite a few interesting projects in pipeline this year. After the lukewarm response to Shadow, Taapsee was in news for all the right reasons when her debut film in Hindi, Chashme Baddoor turned out to be a big hit. Now, she has three films soon in offing including Chandrasekhar Yeleti’s Sahasam, Vishnuvardhan’s untitled film and Lawrence’s next film titled Ganga. Talking to a leading newspaper, Taapsee revealed that she has signed her second film in Hindi. Although she didn’t elaborate too many details, buzz is that she’s going to play a character which is quite close to her heart and this is exactly what she was looking forward to do in Bollywood. More details about this untitled project will be announced soon. Currently, she’s in Chennai where she’s shooting for Lawrence’s next film Ganga and this schedule is going to be wrapped up in couple of days.