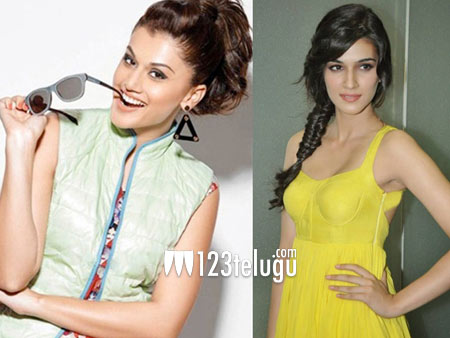 Taapsee and Kriti Sanon made their respective debuts with Telugu films. Now, both the heroines are in comfortable positions career-wise and have some plump projects in hand.

Taapsee, in particular, is doing good with films in the south and Bollywood. But her luck seems to have blacked out as she has been removed from a Hindi project which has John Abraham as the main lead.

What’s more interesting is that Kriti Sanon has been brought in place of Taapsee. All this happened because of some dispute between the producers who had a difference of opinion regarding the heroine.

The film in question is the remake of the Spanish film The Invisible Guest. Well, Taapsee’s loss is Kriti’s gain and she is not complaining one bit.