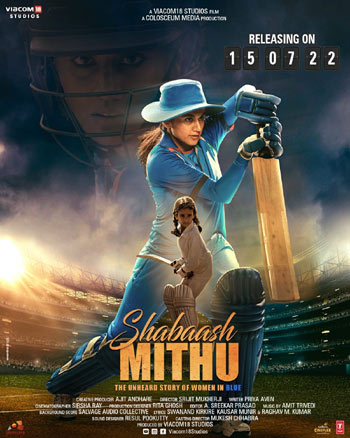 Bollywood actress Taapsee Pannu, who recently acted in a Telugu movie called Mishan Impossible, is coming next with a big sports drama. Titled Shabaash Mithu, the movie is directed by Srijit Mukherji.

The movie is about the successful Indian Cricketer Mithali Raj. Today, the makers have announced the release date of the movie. The biographical film will hit screens on July 17, 2022.

Produced by Viacom18 Studios and Colosceum Media, the movie has Amit Trivedi’s music. The promotional content released so far has increased hype on the flick.