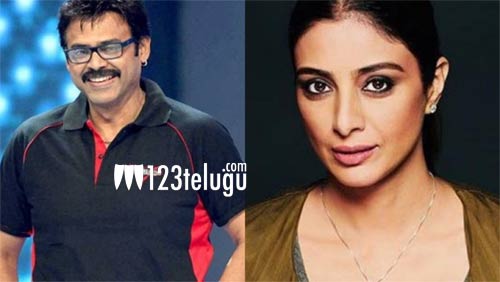 It has been reported that actor Venkatesh is set to star in the Telugu remake of Ajay Devgn’s De De Pyaar De which also starred Tabu and Rakul Preet as the female leads.

While it is to be seen who will direct the Telugu remake, with an official announcement to be made soon, the buzz is that the makers are keen to rope in Tabu to reprise her role from the original. Interestingly, the talented actress has been receiving a lot of praise for her comic timing in the film.

What’s more, Tabu made her debut in films opposite Venkatesh in the 1991 film Coolie No. 1 that was directed by K. Raghavendra Rao.