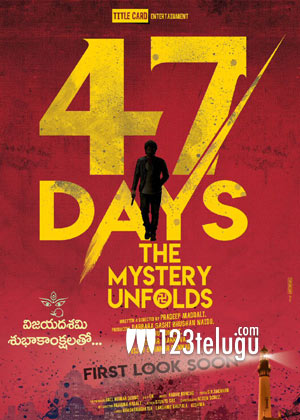 Actor Satyadev is popular for his impressive roles in movies such as Jyothi Lakshmi and Ghazi etc. The actor is playing yet another lead role in a thriller. The film is interestingly titled 47 Days. The film’s teaser will be unveiled very soon.