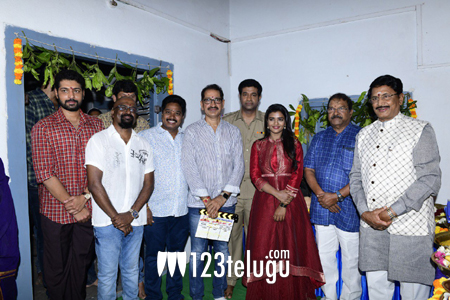 Telugu girl Aishwarya Rajesh is one of the most talented heroines in Kollywood. She is foraying into Tollywood with Vijay Deverakonda’s ongoing film, which is being produced by veteran filmmaker KS Rama Rao’s son Vallabha under Creative Commercials banner.

Today, Aishwarya’s next film, a female-centric emotional drama titled Kowsalya Krishnamurthy Cricketer, under Creative Commercials banner, had its official launch in Rajahmundry. The film will be directed by Bheemaneni Srinivasa Rao. Young hero Karthik Raju is the male lead and senior hero Rajendra Prasad plays Aishwarya’s father in the movie. Aishwarya will be seen as a woman cricketer in the film.