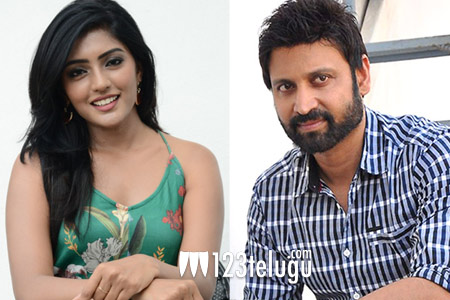 Yesterday, we reported that hero Sumanth’s silver jubilee film will be launched on March 18, on the auspicious occasion of Ugadi. Since this is Sumanth’s 25th project, there has been a huge curiosity about the project among Akkineni fans.

Meanwhile, fresh reports are emerging, saying that talented Telugu actress Eesha Rebba has been roped in as the female lead opposite Sumanth. Eesha has been showered with accolades for her impressive performances in Awe and Ami Thumi.

This as-yet-untitled film will be directed by debutant Santhosh Jagarlapudi, while Dheeraj Boggaram and Sudhakar Reddy Beeram will be bankrolling this prestigious project under Taurus Cine Corp banner. Stay tuned for more details about the film’s cast and crew.