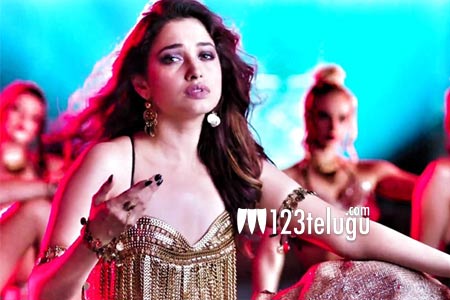 Tamannaah is thrilled about how her special song in Jai Lava Kusa has shaped up. The song – Swing Zara – has been shot on the actress and NTR Jr, and recently, the makers unveiled a glimpse of the song on the internet.

The song, Tamannaah says, is a strong dance number which will appear at a crucial juncture in the film. “We tried a new genre called techno-folk in this song. I’m confident that the visual appeal of the song will thrill the audience in the theatres. I had a lot of fun shooting for it and it was great working with NTR Jr once again,” she said.

The actress is currently shooting for her next Telugu film in Jayendra’s direction and she’s paired opposite Kalyanram in this film.