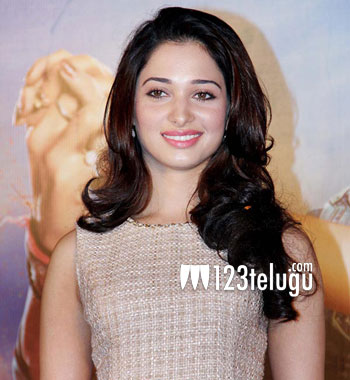 Tamannaah Bhatia is a hugely popular actress both in the Telugu and Tamil film industries. After acting with several top Tamil stars, Tamannaah flew down to Hyderabad and concentrated more on her Telugu projects. Now, the petite beauty has signed a Tamil project after more than a year.

Tamannaah will be seen romancing Vijay Sethupathi of Pizza and Naanum Rowdy Dhaan fame in Dharmadurai. The film also stars Aishwarya Rajesh, Lakshmi Menon and Gayathrie in crucial roles. The film will be directed by Seenu Ramasamy and produced by R.K. Suresh under his Studio 9 banner. Hotshot music composer Yuvanshankar Raja will score the tunes for this film.