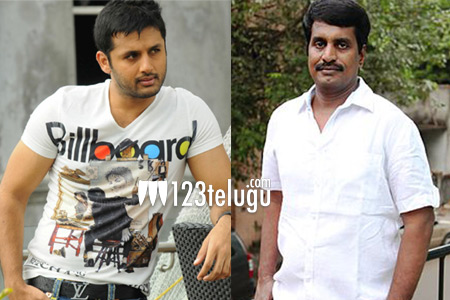 According to the latest reports, young Tamil filmmaker Kannan, who is awaiting the release of his latest film, Sivakarthikeyan’s Remo, is planning his next film with Nithiin.

Apparently, Kannan has been planning to make his debut in Tollywood since a long time and celebrated cinematographer PC Sreeram, who cranked the camera for Nithiin’s Ishq and Kannan’s Remo, suggested Kannan to narrate a script to Nithiin. If everything goes as planned, we can expect the combo to materialize in the near future.

Recently, Nithiin teamed up with Hanu Raghavapudi for a romantic entertainer.