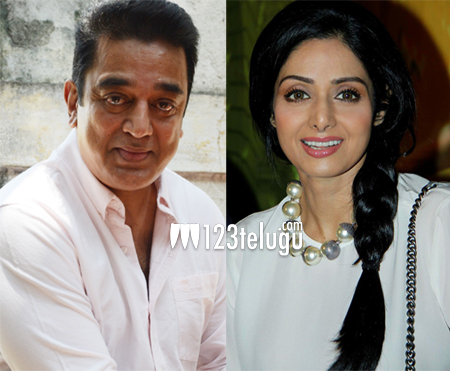 The rumour that Sridevi and Kamal Hassan will pair up after long time has been put to an end. Kamal Hassan will be remaking the super hit Malayalam film in tamil. It was rumored that Tamil Drushyam will have Sridevi playing the role of Police Officer. However, the movie unit has denied these saying they have not contacted Sri Devi for this role. Jeetu Joseph who directed this movie in Malayalam will direct this movie in Tamil as well.

A Malyalam writer, Satish Paul has lodged a case in the Ernakulam court saying that this movie was copied from his book ‘Oru Majakalathu’. The court has passed orders to halt the shooting of this movie. The film unit has said that they still haven’t finalized the cast yet