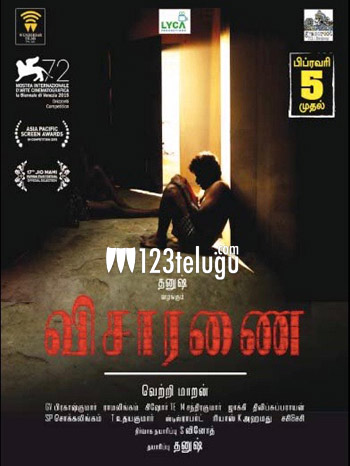 Every year, the Film Federation of India selects films to be sent to the Oscar Awards in the best foreign film category. This year, Tamil film Visaranai has been selected as India’s official entry.

Directed by Vetrimaran, this film was produced by Dhanush and had Telugu girl Anandi playing one of the leads. Ketam Mehtha, the chairman of the FFI made this announcement a short while ago in Hyderabad.

Visarani was released in India on 5 February 2016 and received highly positive reviews from both critics and audience alike.