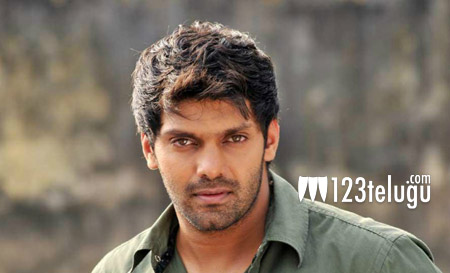 Tamil hero Arya is well-known to Telugu audiences for his movies such as Varudu, Madras Pattanam and Raja Rani etc. The actor has signed a Kannada project recently. Titled Rajaratha, the film is being directed by Anup Bhandari of the award winning Kannada hit Rangitaranga fame.

As per the latest updates, Rajaratha is being made in Telugu simultaneously with the title Rajaratham. Nirup Bhandari and Avantika Shetty are the film’s lead actors. Rajaratham is being produced by Ajay Reddy, Vishu Dapakkagari, Anju Vallabh and Sathish Sastry.