Tamil star Captain Vijayakanth hospitalized due to COVID-19
Published on Sep 24, 2020 1:05 am IST 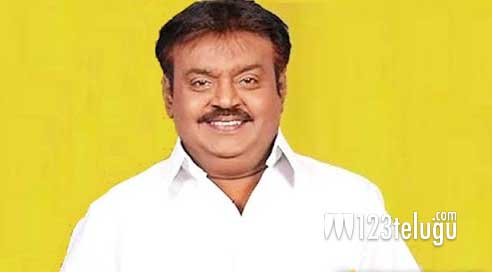 Senior Tamil hero turned politician ‘Captain’ Vikayakanth has reportedly been admitted to Chennai’s Miad Hospital earlier tonight. The 68-year-old actor has been diagnosed with COVID-19, according to the latest reports.

After a successful stint as an actor and attaining stardom among the masses, Vijayakanth stepped into active politics by launching his DMDK Party in 2005. He was elected as an MLA in the 2006 and 2011 general elections in Tamil Nadu, before losing the 2016 polls.

We at 123teligu.com wish the star hero a speedy recovery.