Tamil star waiting for the right script for Telugu comeback
Published on Dec 27, 2015 9:57 am IST 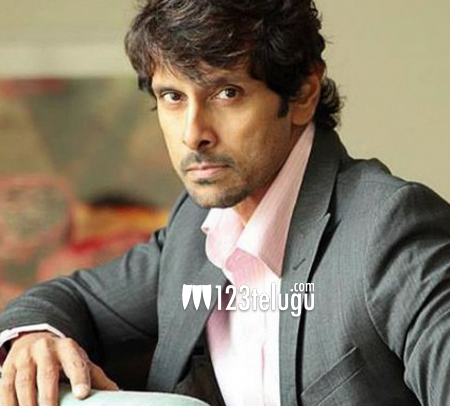 National award winning Tamil star Vikram is a popular actor even in Telugu and he enjoys a wide fanbase in both the Telugu states. Vikram also acted in several straight Telugu films under noted directors. Vikram’s last straight Telugu film ‘Youth’ was released in 2001.

Vikram, who was in Hyderabad recently for a promotional event, told the media that he is looking for the right script to make his Telugu comeback. The actor also said that he has been listening to scripts from several Telugu filmmakers and hoped to finalize a script very soon.