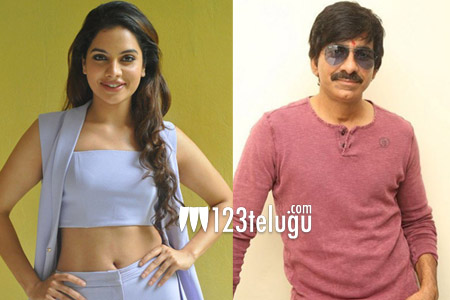 After playing the lead role in Appatlo Okadundevaadu and Patel SIR, and shaking a leg with Ram in Nenu Sailaja, Tanya Hope is slowly making inroads in Telugu cinema. The actress has now bagged an important role in Ravi Teja’s upcoming film.

Touted as a remake of the Tamil film Bogan, the film will have Ravi Teja and another actor in lead roles. While the lead actress is yet to be finalised, Tanya Hope will be playing the role of a police officer. In the original version, Akshara Gowda had played the role and she made a big splash, despite playing a supporting role. Lakshman is going to direct the Telugu remake.

On the other hand, Tanya will also be seen in another Telugu film titled ‘Paper Boy’ and it’s being directed by Jay Shankar.