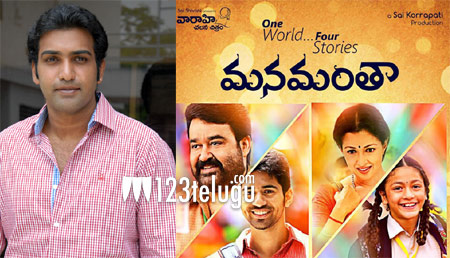 Manamantha is one film all the fans and moviegoers have been eagerly waiting for the past couple of weeks. This Chandrasekhar Yeleti directorial is slated to hit the screens on August 5. Yesterday, the film’s unit unveiled the theatrical trailer to an overwhelming response.

Apart from the thrilling emotional moments, what has caught everyone’s attention in the trailer is the surprise presence of Nandamuri Tarakaratna. Apparently, Tarakaratna will be playing a small but crucial cameo in Manamantha.

Of late, Tarakaratna has diversified into performance oriented roles and in his last release, Nara Rohit’s Raja Cheyyi Vesthe, he won critical acclaim for his villainous act.