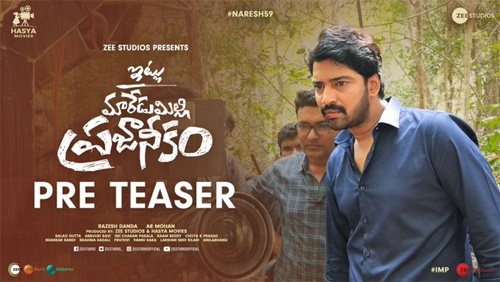 Allari Naresh made a solid comeback with his last outing ‘Naandhi’. He will be next seen in the movie ‘Itlu Maredumilli Prajaneekam’ which is his 59th movie.

The makers of the film released a pre-teaser this morning and it showcases the hard work, the team is undergoing to give the audience the best experience.

At the end of the pre-teaser, the makers also announced that the teaser will be out on June 30. Zombie Reddy fame Anandhi is playing the female lead.

The film stars Vennela Kishore, Praveen, and Sampath Raj in other key roles. It is being produced by Rajesh Danda under Hasya movies. AR Mohan is directing this film.