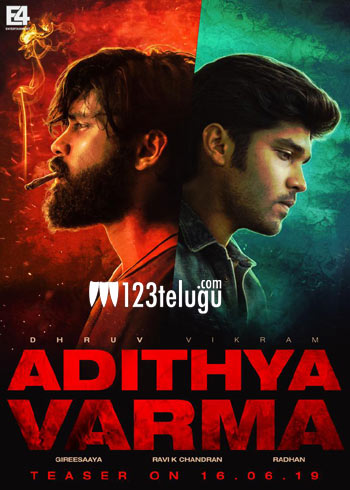 All eyes are on Arjun Reddy’s Tamil remake, Adithya Varma. The film was in the news for the wrong reasons around a couple of months ago. After the exit of national award-winning director, Bala, debutant Gireesaya had stepped in and reshot the film in a record 2 months time.

Now, the stage is all set for the launch of Adithya Varma’s teaser on the 16th of June. Needless to say, there will be a lot of curiosity among Chiyaan Vikram and Arjun Reddy fans on the teaser and how Dhruv Vikram will perform this time around.