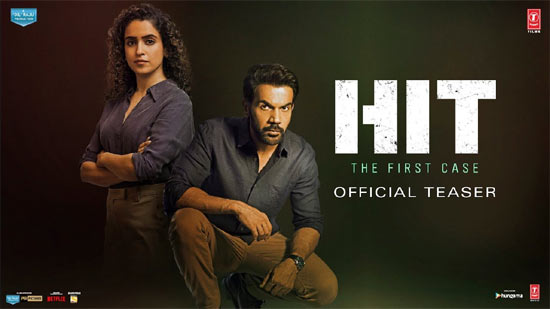 Bollywood actor Rajkummar Rao will be seen next in HIT -The First Case. To recall, the movie is an official remake of the Telugu hit movie of the same name. Sanya Malhotra is the lead actress in the action-thriller. Now, the Bollywood film is in the news again.

The makers of the movie have officially released the teaser of the movie. The teaser looks interesting. Going by the teaser, Rajkummar Rao shows interest in solving the case of a missing girl. Will he solve the case? What happened to the girl? Everything will be answered in the main film.