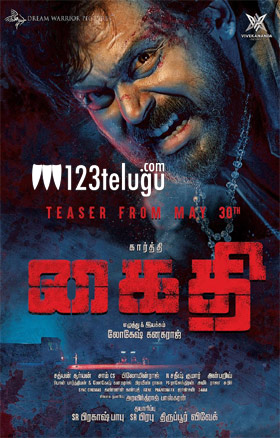 It is a known fact that Karthi is doing a film called Khaidi. The film’s title made a lot of news as it was once Chiranjeevi’s iconic film title which many say Karthi should not have used.

Now, the shoot of this film has been completed and the latest we hear is that the first look teaser of this film will be out on the 30th of this month in both Tamil and Telugu.

Lokesh Kangaraj, who got the golden chance of directing superstar Vijay has directed this film as well.