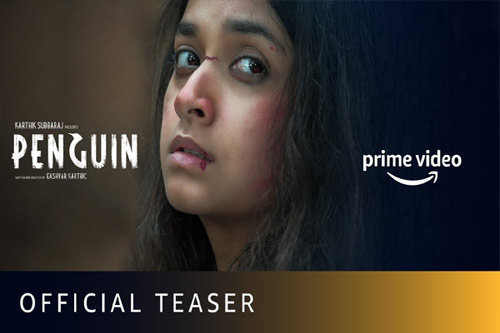 Penguin is a film that Keerthy Suresh had pinned a lot of hopes on. But the film is skipping its theatrical release and is now coming out on Amazon Prime this 19th of June.

The film’s teaser is out and it is all about a mother and her daughter. Keerthy Suresh plays this distressed mother who is depressed because of some issues with her kid.

All this is showcased in a sensible manner and at the end of the teaser, a person is shown killing someone brutally and this itself has raised a lot of curiosity for the audience.

Looks like the film is a revenge story with horror and supernatural twists. The film is directed by Eshvar Karthic and produced by acclaimed Tamil filmmaker Karthik Subbaraj.