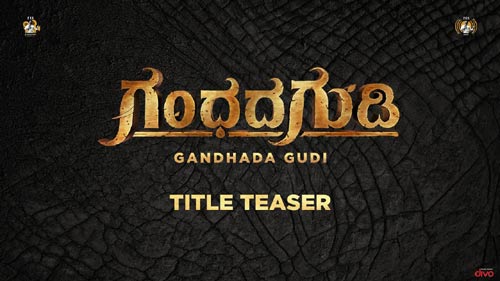 The sudden demise of Puneet Raj Kumar has left everyone in shock. Before his death, Punjeeth just wrapped a biggie and the makers revealed the teaser today.

Titled, Gandhada Gudi, the teaser showcases, Punnet in a simple manner enjoying the climate. The visuals are pleasing and the film is quite close to the heart of Puneet as he will be seen in a really different role.

Gandhada Gudi is currently in the post-production phase. The film will release in theatres in 2022. Produced by Ashwini Puneeth Rajkumar, the film also features Amoghavarsha in a lead role.