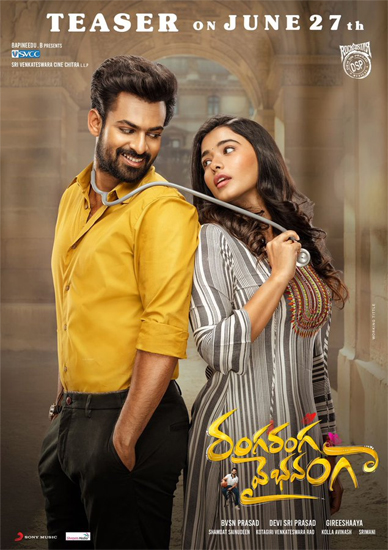 Vaishnav Tej made a solid start to his career with Uppena. Later, he also did a film called Kondapolam with Krish which did not work at the box office.

Now, he is almost done with his third film Ranga Ranga Vaibhavanga which stars Ketika Sharma.

The makers have now released a new poster which reveals that the film’s teaser will be out on the 27th of this month.

The film has music by DSP and Gireeshaya has directed this romantic drama. BVSN Prasad is the producer of this film. Watch this space for more updates on this project.