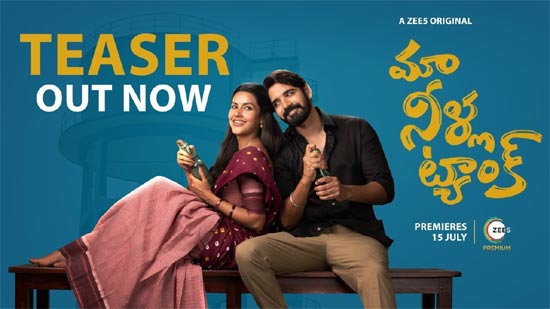 The teaser of Sushanth starrer ‘Maa Neella Tank’ has been unveiled. Sushanth makes his OTT debut with this series which will be out on Zee5.

The trailer promises a fun ride overall. The backdrop, comic dialogues, and visuals assure a promising show. Sushanth will be playing a cop in the series.

Priya Anand plays the female lead, while Sudarshan, Nirosha, Prem Sagar, Rama Raju, and Annapurnamma will be seen in other key roles.