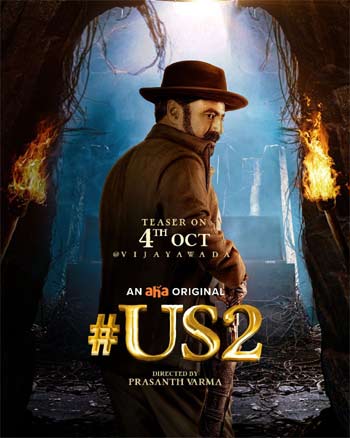 The most-entertained celebrity talk show Unstoppable With NBK is renewed for season 2. Nandamuri Balakrishna to grace the show as the host again.

The stage is all set for the grand launch of Unstoppable With NBK 2 in Vijayawada. Today, Aha has announced that the teaser of the show, directed by Prasanth Varma, will be launched at the event tomorrow at 6 PM.

Noted film and political celebrities are said to be graced the show. Aha is promoting that Unstoppable With NBK 2 will provide more entertainment. Keep watching this space for more interesting OTT updates.

Dream come true for me! 🤩
Super excited for this project with none other than Man of Masses #NandamuriBalakrishna garu. Teaser launch of this @ahavideoin original from 6pm onwards @ Vijayawada.💥🕵️🏴‍☠️ pic.twitter.com/dCLJWMnQtA