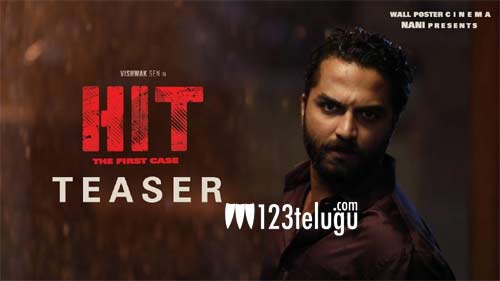 Nani’s second production venture, HIT is creating a lot of buzz from the day the film was launched. Today, the film’s teaser was launched and has gone viral.

The film has Vishwak Sen as the main lead and he is shown as a cop who is investigating a missing case. The theme of the film is pretty good and the gritty narration elevates the trailer.

Ruhani Sharma is shown as Vishwak’s love interest and the BGM is pretty good. The film is mostly shot in night mode and this has been showcased quite well.

Debutante Dr. Sagar Kolanu is directing the movie and Vivek Sagar is composing the music. Prashanti Tipirneni is producing the film along with Nani.