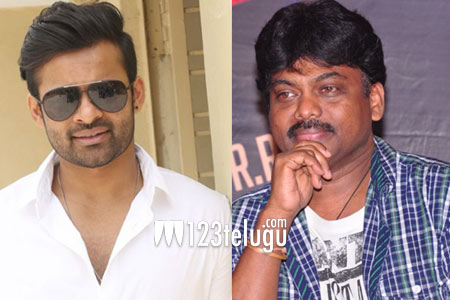 Earlier today, Sai Dharam Tej’s new movie in the direction of Karunakaran was launched officially. Speaking at the launch, Tej said that he has known Karunakaran right from the time when he was young and shares memories of him working on Toli Prema.

He also added that he is very excited to shoot for this film which was being planned by K S Rama Rao from the past one year or so. Touted to be a romantic drama, this film will have Anupama Parameswaran as the female lead.