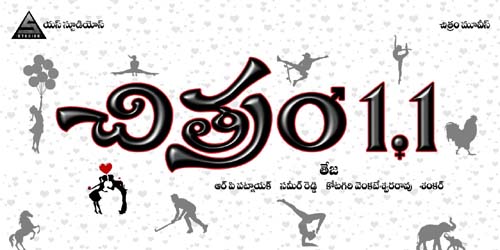 Released in May, 2000, director Teja’s youthful romantic musical, Chitram, introduced Uday Kiran and Reema Sen to Tollywood. Produced by veteran media baron and filmmaker Ramoji Rao on a miniscule budget, the film went on to become a huge blockbuster and turned Teja, Uday and Reema into stars overnight.

Now, nearly 21 years after his debut film’s release, Teja has announced its sequel, titled Chitram 1.1. Teja is known for introducing new talent to the film industry, and he is expected to do the same with this crazy sequel. Interestingly, Teja again collaborates with music composer RP Patnaik, whose soundtrack for Chitram was a rage among young audiences.