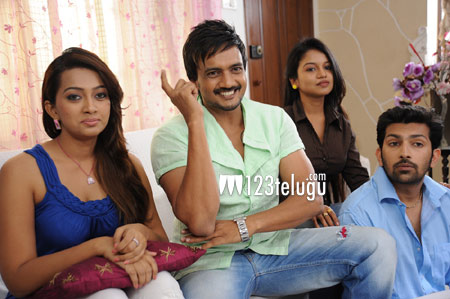 Maverick director Teja is getting ready to present his next film, titled ‘1000 Abbadhalu’. The movie will release on July 5th and post production work is currently underway. Sairam Shankar and Esther will be seen as the lead pair in this movie.

Prabhakar is producing this film on Sri Productions banner. Ramana Gogula is the music director of this movie. The film’s audio album has been launched in a very simple manner. Movie moghul Dr. D. Ramanaidu formally launched the audio album. The first CD was bought by Dil Raju. Puri Jagan launched the melody song and V.V.Vinayak launched the mass song.

Teja is going through a very lean run at the Box Office. Will his fortunes turn around with ‘1000 Abaddhalu’ ? We will have to wait and see.